The first episode of Dan’s World is dedicated to Paddington the Bear. I mean, why not? The first book about Paddington was written in 1958 by the great writer Michael Bond – sixty one years ago. Michael Bond had been writing about Paddington for sixty years and it was the first thing I bought in London when I visit Paddington Station. This is also how Paddington came there. He went all the way as a stowaway from darkest Peru where he used to live with his Aunt and his late Uncle. He went to London and then he emerged on Paddington Station and that is where the Browns, an English family, took him in.

That was not a very easy thing to do. It looked easy in the first book by Michael Bond but it wasn’t so easy in the movie. It is shown brilliantly by the director and the screenwriter, Paul King, because he adapt many things and changed many things so that we can see the real London as it is today.

Some people would say that the films are quite naïve – probably but at the same time we are all kids inside. It would be wonderful if we were all kind to each other and it would be wonderful to have great manners like Paddington and doff our hats to people we meet. To be polite, I see nothing wrong with that.

The cast in the film is brilliant. You have got to be listening to Ben Wishaw, who voicing Paddington. His voice is terrific and also he says that he identifies himself with Paddington and I also can identify myself with Paddington the Bear. I am also very clumsy and I often break things or maybe do some horrible things which I do – but not on purpose.

Also there are some brilliant villains. In the first movie it was Nicole Kidman, an evil woman and an evil taxidermist who was hunting for Paddington. In the second movie it was greedy actor who was self-obsessed played by Huge Grant – a brilliant actor.

Although both movies are for the family and about the family they are showing us that a house is not a home, that a house needs to be filled with people we love and probably a bear we love.

So read about Paddington, watch Paddington and stay safe.

Tell me what you think in the comments. 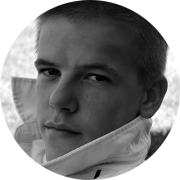 I was born in Sweden and came to live in London in 2016. English is not my first language but I am get better since I come to live in England. Swedish is very Germanic and makes English difficult to learn and understand. One day I would like to be a writer, so I asked Davidd if I could come and practice my English and my writing here on Jammy Toast. Maybe the bears will also help me?