There is nothing we love more here at Jammy Toast than listening to some of our favourite tunes. From time to time we will post a music video from an artist or genre that we think will be enjoyable to you; our friends. We often feature music that you may not have come across before, or music that maybe you just missed the first time around. Try and listen with an open mind, you never know, you may find something you can add to your iPod. If you have any music videos you would like us to feature then drop us a line – we are always happy to listen to requests but we cannot promise to feature everyone’s favourite…

There is much debate about why it wasn’t a hit for Jon and Vangelis but I can only guess that after the first single from The Friends of Mr Cairo album was a massive hit everyone ran out and bought the album, which was also a massive hit. The title track and its accompanying music video serve as an ode to classic Hollywood films of the 1930s and 1940s, including references to the classic film noir The Maltese Falcon. The track incorporates sound effects and voice impressions of the stars of the era, most notably Humphrey Bogart, Sydney Greenstreet, Peter Lorre, and Jimmy Stewart.

Joel Cairo (Mr Cairo) is the name of the character played by Peter Lorre in The Maltese Falcon.

Don’t forget, if you have any music videos you would like us to feature in the future, drop us a line. We are always happy to listen to requests from others, we cannot promise to feature any but we will try our best to find the videos if we think others will enjoy. 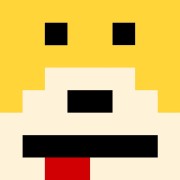 Flat Eric is a star of Levi’s commercials for Sta-Prest One Crease Denim Clothing. His name comes from an idea for a commercial that included having a car run over his head and flattening it. The idea was not used but the name stuck. Flat Eric rides with his friend Angel around California, evading the police as a wanted criminal.