Hi everyone, hope you have all had a great week. So last Sunday afternoon National League North side Southport earned a reply against Tranmere thanks to a stunning long-range strike from Bradley Bauress. The semi-professional side, whose starting 11 featured an HGV driver, a teacher and a professional dog walker, fell behind after 18 minutes when Jonny Smith’s curling finish from outside the area put League Two Tranmere ahead. However, Bauress’ effort, struck 30 yards from goal, drew the teams level with 20 minutes remaining at Prenton Park.

Southport, 59 league places below Micky Mellon’s side, came close to earning a fifth win in the competition this season late on when Jack Sampson’s header was cleared off the line. Liam Watson’s side, who sit 19th in the sixth tier of English football and have yet to win at home in the league this season, may be disappointed they could not find a winner after piling pressure on in-form Tranmere away from home.

The draw for the second round of the FA Cup have drawn the winners of the replay at home to Tottenham Hotspurs.

Yesterday, James Norwood ended Tranmere’s three-match League Two winless run as Cambridge were beaten 1-0 at Prenton Park. The prolific marksman tapped in his 15th league goal of the season 13 minutes from time, moving Rovers back into the play-off positions – only four points short of an automatic promotion place.

United goalkeeper David Forde twice denied the hosts in the opening 10 minutes, first saving brilliantly from Norwood before tipping a Cole Stockton header over the bar. Cambridge could have led themselves before the break when George Maris saw a great chance saved by Scott Davies before Paul Lewis’ bending 35-yarder clattered the post with Davies beaten.

Tranmere returned after the break with much more aggressive purpose however and should have led when Manny Monthe fired over left-footed from six yards out. But on 77 minutes, a fierce shot from Johnny Smith was tipped away by Forde but only into the path of substitute Paul Mullin and his goal-bound header was poked home by Norwood on the line.

Rovers held on to secure all three points amid a thunderous downpour. 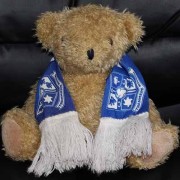