Hello, it is me again. My name is Rachel… I took up your Dave’s invitation to be a guest blogger here on Jammy Toast. Alas, I am not a regular reader of Jammy Toast, in fact I only found it originally because my Dad’s name is also Dave – that is why I refer to them both as “my Dave” and “your Dave”. Your Dave, from what I can tell, has never grown up and by coincidence – neither has my Dave. So I thought I would tell you about my Dave, his stories, habits and little sayings. Everything I tell you is true… unfortunately. In fact, many people find my Dave hilarious, I just mostly find him embarrassing. I think I should also add that I did ask my Dave for permission to write this on a blog and he replied; “What’s a blog?” I took this to mean I had his permission…

My Dave has never been brilliant at realising the consequences of his actions. He has many brilliant qualities and attributes but when it comes down to consequences then there is no thought process. When he was a teenager he gave a boy a nickname but didn’t think of the future and how one day, in the then not too distant future, how that boy would go on to become his brother in law… and thus will then have to forgive and forget this nickname for the next thirty years’ worth of family gatherings.

My Dave doesn’t think about the consequences of leaving trousers that usually end up covered in chocolate (somehow), on his bedroom floor. By now he could probably predict my Mum getting on at him that the wash basket is next to his own wash pile, but he can’t predict that our dog Mollie (yes, Mollie The Collie- my Dad’s idea of a joke, would you believe?), would then go on to eat the arse out of his trousers. Then again, this now seems to happen as frequently as my Mum complains about the wash pile.

My Dave seems to accept all stupidity as a challenge, if he does realise the consequences then he just doesn’t seem to care. A good example of this is from a few years ago on a walk with Mollie The Collie; he came across a red square of plastic on the ground, picked it up, carefully examined it and then placed it back on the floor. “Careful you don’t step on it, Dave. You might slip,” advises my Mum. Challenge accepted.

As we continued to walk I turn to my left and I don’t see my Dad. However, I do see both of his feet sticking up in the air. Thump! We turn and there he is, spread-eagle on the pavement. We gather and sympathetically glance down at him. After we have laughed until we cried and until my Mum had almost wet herself. Well, you have to get your priorities right don’t you? “Why did you step on it if you knew it was going to be slippery?” exclaims my Mum. “Just making sure” replied my Dad.

Just making sure? See what I mean? We see a lack of safety and we judge it and deem it unsuitable. We automatically avoid the danger, we have that thought process. My Dad has it but then chooses to challenge it. This is the basis of slapstick comedy but if my Dad is the next Charlie Chaplin I am not so sure it’s intended.

Oh, and because I bet you are all wondering… what was the nickname? Squeaky Nerr. You know… because of my Uncle’s club foot. 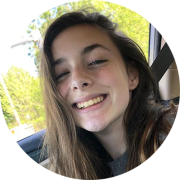 Many people find my Dad hilarious, I mostly just find him embarrassing but feel free to read what I write and decide for yourself. Oh, I feel I should add that I did ask my Dad for his permission to write about him on this blog and he replied with “I don’t know what a blog is”. I took that to mean yes.