Ok so now we know that Jeremy Clarkson has been sacked from Top Gear it is time to think of his predecessor. Who is there who can step into his shoes and continue the show leaving as little upset as possible? Forget Chris Evens, Adrian Chiles is shit, Steve Coogan couldn’t be taken seriously behind a wheel while some idiots have even suggested Boris Johnson. For me there is only one person and that is Vicki Butler-Henderson.

When most of her peers were obsessing over Duran Duran, Vicki Butler Henderson fell in love with a Volkswagen Golf GTI MkII.

She began racing 100cc karts at the age of 12 and was overtaken by David Coulthard in her first race. But she also went on to become the first women ever to win a Maserati race, in 2002.

A former road Tester at What Car Magazine, she made regular appearances on Top Gear before jumping ship to work as a presenter on Channel 5’s Fifth Gear.

Indeed, she counts Jeremy Clarkson as one of her friends, meaning he may put in a good word for her with Top Gear’s producers. He heaped praise on her driving skills after racing her in 2010 saying; “I was in an Aston Martin DBS convertible. She was in a Ferrari California and we had most of Silverstone to play with. By rights, I should have kicked her arse. I had four more cylinders, a million more horsepower and two more testicles. I didn’t though. I couldn’t even get close. 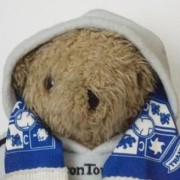 8 Comments on “I Want Vicki On Top Gear”