Lestly and Chimpton in a scene from their film, Wreck It Ralph!
Ireally meant to do this in time for Christmas but I never got round to it, but let me tell you I am totally confused. Even more confused than I am about this guy in the red suit who calls round every year, dropping shit off and eating my cookies just so Natalie can annoy me the next morning with presents she has received. He’s probably an ex who she gave a blowjob to at some point. So anyway, it all started off about two thousand years ago in this place called Nazareth where there is this chick called Mary who an angel shows up to. The angel is like, “Dude, you’re knocked up!” So she is like, “No Fucking Way! I am a virgin.” So the angel is like, “Yea, sure you are!”

Anyway, the Lord works in mysterious ways which apparently includes your vagina and uterus and whatnot. He tells her there is a baby inside her, so good luck with that. She is like, “Shit, what do I tell my boyfriend?” The angel is like, “Not my problem, but good luck with that, I am out of here!” So the angel flies off and she goes over to her boyfriend and says, “The son of God is inside me.”

Personally I think she handles it pretty well when you consider shes telling her boyfriend that she’s knocked up by a guy she doesn’t even know. My Aunt Susan’s boyfriend didn’t handle it so well.

Anyway, long story short, Joseph is like, “Well, whatever.”

Now if that was me I would have been; was his dick bigger than mine?

Apparently though Joseph must be a little worldlier than I am but eight months later she is well knocked up when the Romans show up. The Romans are like, you guys got to go to Bethlehem because we’ve got to count you all for some reason. Mary and Joseph are like yea cool, let’s jump on this donkey and ride through the scorching hot desert for three days so that we can be counted.

They arrive in Bethlehem a few days later and are supper surprised that no one wants to rent a room to them. This is old times, there’s no showers and they’ve been in the desert for three days they probably smell like a bag of smashed assholes.

Finally someone says to them that they can have their kid out in his barn if they want. I mean cool, that’s where animals shit, I am sure that is a great place to have a baby – in a place with no doctors. So while Mary is in there having this baby this big bright star shows up in the sky and the shepherds start freaking out. Then these three Asian dudes start getting really excited and they grab a bunch of really weird presents and start riding towards them.

Then the baby is born and no one has stopped singing about it since. Two thousand years of the same twenty bloody songs.

Away in a bleeding manger. I just don’t get it. 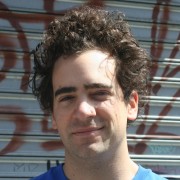