ever thought i would write on a blog but i have been kickin’ off all week on twitter, so andreaa said i should explain why on here. i was goin’ to ask davidd if it was alright but i think andreaa is the boss these days anyhow, so yeno. ive been stickin’ up for marcus rashford and the fact tha he is writin’ stuff for the s*n newspaper. he has been gettin’ sh*t about it all week and all i can say is, whoever is advising him needs to be sacked. i feel like layin’ in to him but then i look at the fact he got kids fed when the government said “fuck them kids”. he needs better people advising him and educating him imo.

as scousers we hate the s*n newspaper and rightly so. however, yeno what not everyone else in the country has the same feelins about that rag — EVEN THOUGH THEY F*UCKING SHOULD!

as much as i want to cancel marcus rashford for speaking to them i can’t. look at what he’s done for kids in poverty with empty bellies. if he was a scouser or a red then yes, have a go. one thing though, we as scousers need to understand not everyone has the same level of understanding about that abomination of a rag. it’s unfortunate and a result of the job the establishment did on the rest of the country.

i’m pinning my hopes on him bein’ young enough to make mistakes, but also clever enough to learn from them and acknowledge them.

it honestly goes against the grain for me to give anyone a “pass” with that rag but this is about starving kids. we need to educate don’t vilify.

much like the tories, that rag cannot be trusted. they are a taboo subject and one we don’t like to face or see but not everyone sees that rag like we do unfortunately. especially that c*nt kelvin mackenzie (who has me blocked on twitter yeno).

you watch, if the s*n is anything to go by, they’ll be slaggin’ marcus rashford off next month for somethin’ else. you watch!

not everyone has our heart yeno. i kicked off in a campsite my ma has a caravan on for giving away free copies of the s*n and they looked at me like i had two heads. i told em what that rag said about the hillsborough dead and they still didn’t acknowledge what i was sayin’. my ma on the other hand said “nice one”

anyway am off to bed; make no mistake, fuck the s*n & anyone who writes for it or reads it. 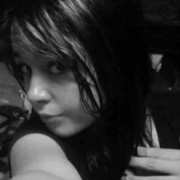 I met Andreaa when we went to school together and she's been my mate ever since. Went to Andreaa's school because I got excluded from all the schools near us. Me and Andreaa became mates but then they split us up when her school excluded me for fighting too. I am a good girl these days, with two little babies to look after. I know Davidd too cos he taught my cockatiels to swear!!

Open All • Close All

4th Apr 2021
Started working on rebuilding the Jammy Toast site.
11th Apr 2021
All major work completed. Just tidying up before going 'live'.
12th Apr 2021
Jammy Toast is now back live!
5th May 2021
Jammy Toast is ofline again after we discovered that some of the posts from 2017 have the wrong graphics associated with them! This has probably happened using the import plugin.
14th May 2021
Jammy Toast 2017 graphic problem nearly cured just checking the site for any other problems from the recent rebuild. With nearly 5,000 posts to check, this may take some time!
19th May 2021
Some broken links showing up, many from the Media Archives becase we had renamed some files and forgot to update the links. Some others going back over the years. All now fixed!
Toggle the Widgetbar