Hiya everyone – except Pot Noodle.. Sorry about last week when i told yas all to watch “Who Needs A Man When You’ve Got a Spray Tan??” on Channel 5 && then it wasn’t on.. For some reason the channel decided not to show it && then there was all sorts of rumours gettin’ posted on social media.. Some were sayin that the whole series was cancelled because of the bad publicity but that’s not true.. Channel 5 now say that because of a schedulling fuck-up,, the rest of the series has been moved to a later date.. They don’t say when though so it all sounds like bullshit to me.

It ya haven’t seen it,, the programme shows how single mums in Knowsley look after their families without a man.. Some of them have got like six kids && find ways to make money instead of just livin off the dole.. One woman runs a video blog && makes money by including local businesses on her vblog && obvs they pay her like or give her free stuff.. Her name is Danielle && she’s as annoying as fuck.. Her voice just grates on ya, “Hiya Ladies, Ya not gonna believe what am gonna show yas today!!” Then she shows ya stuff that someone is payin’ her to show not because she likes it or owt.. I would love to just smack her one her voice is that annoyin’ but she’s dead good at vbloggin’ && shes got about 20,000 followers on Insta.

Think Davidd told yas all that you could still watch episode two on My5 – Channal 5’s catch up thingy – but I doubt the rest of the shows are goin’ to be.. Think we will just have to wait && see when they show the rest of the series.. According to Danielle the show will be back in only a couple of weeks,, so fingers crossed.

Like i say,, the first two episodes are on My5 but they will probably start it again from the beginning when it comes back.. It is worth watchin’,, its dead good.. It’s based in knowsley which is meant to be the single parent capital of the country cos like three out of five families only have one parent at home.. The women on the show though say they dont need a man && life is actually better without one.. I can believe that especially if they are like fuckin’ Pot Noodle!!

As well as Danielle there is mum of six Natalee,, Stephanie who wants to be a singer && Nicole.. To be fair,, the programme is not this big man-bashing thing that everyone thinks it is.. They just want to prove that they can make it on their own as long as they have the support of their family && mates.

Natalee is the one who gets me though.. She’s got six kids from 15 years old down to just a few months old with three different dads.. She says it takes her four hours every day just to get the kids out the house.. Then shes off arrangin’ one of her daughter’s birthdays which she wants to be special.. She’s organising the venue,, the dress,, the hairdo && obvs on this programme – the spray tan.. Ya can call her for as much as ya like for havin’ six kids with three different lads but i really admire her cos shes only doin’ the party for her daughter to show her how much she loves her.. They are one of those typical scouse families who stick together no matter what.

PS.. Ignore Pot Noodle who makes out like he’s me best mate when I’ve never actually met him.. More like Noodlehead!! 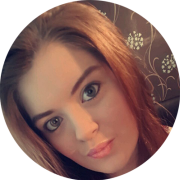 I am Andreaa Von Württemberg && I am havin' a boss time here writing on da Blog && that 'coz Davidd is proper gettin' too old to write && it's doin' me wig in .. I feel proper ashamed da fukin' state .. Davidd told me to write yas little stories about me life but I said no, I can't write stories. I never even passed me GCSE English .. But he bullies me yerno, so me stories are usually shite ..