Iknow Andreaa is going to hate this but I love playing on my PlayStation – the Xbox is shit. I play Grand Theft Auto (GTA) with a load of me mates. If you don’t know GTA, the game takes place in a fictional version of Los Angeles. We’ve got our own motorcycle crew, we’re not knobheads or nothing. In the game you have to steal cocaine and smash places up and that. We fight other biker gangs and criminal organisations and that too. One night I fancied a game and none of me mates were online to play. The game is easier if there is a load of you playing together rather than being a solo bandit kinda thing. I wanted to complete some missions so I could get some money and but some new cars and that. I’ve got bills to pay you know, and the lads need their wages paying like. It’s taken over my life, I’ve got a payroll to pay because I’ve got four employees who work on the cars and bikes and that, not to mention we’ve all got kids to feed. So I was looking for someone to play with and I looked down the list and there is one guy called “Scouse Andy”.

GTA is massive, you have a recreation of the whole of Los Angeles and above it you have all the desert. I invited Scouse Andy to join me. Andy comes and picks me up from my apartment in his car and that because he’s sound. So I went out and got in his car and said, “Are you alright, mate?”

He asked me where I was from and I told him Dovecot and asked him where he was from and he said Kirkby. I didn’t like to say that wasn’t Liverpool because they get a bit touchy about that in Kirkby. After all I was in his car and that so I didn’t want to be rude.

So the mission was we had to drive out into the desert and rob some cocaine from a rival motorcycle gang. The game happens in real-time and this is about a fifteen minute drive out into the desert. I don’t know if any of you have ever been in a taxi and you start talking to the driver and find that you have absolutely nothing in common and the conversation just becomes awkward and dies. That’s what it was like, except it was a virtual car journey. I’d asked him where he was from and he had asked me where I was from and that was it – we had no banter left.

For the rest of the journey, I am just sitting there in first person mode looking out of the window and that. Eventually I asked him what he did and he said he worked as a spark. Sound, yea. Silence… Then he asked me what I do and I thought oh here we go. So I told him I was the compère at a comedy club in Liverpool. So he didn’t believe me at first and was saying, “Fuck off, you’re not.”

I was trying to reassure him that I was and he suddenly told me that he got kicked out of the comedy club where I work the previous week. I was like, “Get away,” and he replied, “Yea, the comedian was shite!” I couldn’t believe it and he continued saying, “Yea, this big, fat ginger prick thinks he’s Billy Big Bollocks! All he does is stand on stage taking the piss out of people and I thought, you’re not getting away with that on me!”

He told me that when I got round to him, I had asked him what he did and he had replied that he makes t-shirts with my name on and the audience got a real buzz off it and the doorman threw him out for being funnier than me.

Let me tell you, THAT NEVER HAPPENED!

I told him that was me but he wouldn’t have it, kept saying it wasn’t me.

I am now taking part in this GTA virtual car journey with this knobhead and I’ve pulled me Uzi machine gun and I’ve got it pointing at his head. We had a heated argument about it and he got confused and went the wrong way and we ended up on top of a mountain out in the desert.

He only kicks me out of his car, leaving me in the desert and it’s a fucking two hour walk back to mine.

Fuck that, so I threw a sticky bomb in his car and blew him up! 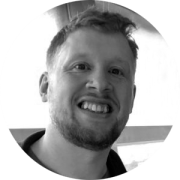 I live in Dovecot in Liverpool. It is a bit rough but it's one of those places where if you walk through it you realise just how bad it is. On the other hand, if you live there you kind of get used to it and it's not that bad a place. I've always lived there, so has the wife and all our families, mums, dads, uncles, aunties, cousins all live within a couple of minutes of each other. What you might call a "close-knit community."