Ionce visited a medium. She wasn’t how I expected her to be with a veil and a wart on the end of her nose. She was much younger and prettier. “I see a man in your life with long grey hair,” she said to me. I smiled. The hair was always the first thing people noticed about him. I was young and had not long moved to Austin, Texas. I got some work decorating an Italian Restaurant called Mario’s Pizzeria. I thought it would be a case of lash the paint up and collect the cheque. No such luck, they wanted a seaside mural on the wall and I could tell I was out of my depth. A friend recommended a local artist by the name of Andy. I reached out to him and invited him down to come and see the space they wanted the mural.

I liked Andy straight away. He was an old hippie type who wore ripped 501 Jeans and he had the most beautiful light blue eyes I had ever seen… and then there was the long, flowing grey hair. He showed me a portfolio of his work which was nothing short of a total mess. It was just a collection of pictures, in no particular order. They had just been thrown in a folder. Despite this, I could tell he was a real artist and he had talent. His pictures where not the kind that belonged on a cheesy pizzeria wall, they should have been on display in a gallery.

We had a coffee at a local café and I knew straight away that he was gay. I also thought he was extremely good looking. I wasn’t looking for a relationship just then. Andy told me that his long-term partner had recently passed away and that he planned to never fall in love ever again.

So began a beautiful friendship.

I started going over to his apartment a few times a week and we would go to the cinema or drink coffee and smoke cigarettes. In time he became the gay father I had always needed growing up. I told him all my secrets, everything there was to know about me. I told him I had suffered with depression for many years and he didn’t pull away from me. Andy told me that he had been where I was and that one day soon things would get better. This was difficult for me to comprehend because my depression only ever got worse as I grew older. One night I tried to kill myself in a hot bath but after a while I realised, I wasn’t going to die. I called Andy and he rushed round to my apartment. We drove to the Emergency Room in total silence. I kept a towel wrapped around my wrist because I was too ashamed for him to see the blood. When we got to the hospital, a nurse uncovered my wrist and Andy fainted.

That weekend my parents drove up to take me home. Andy talked them out of it, realising that my parents were one of the reasons for my depression. It wasn’t that they meant me any harm, they were just filled with fears and judgements. They wanted me to see a therapist growing up to try and ‘fix me’. The last time I lived at home, my father had written out a list of rules he expected me to follow. Top of that list was written: “Lead an acceptable and moral lifestyle.” We both knew what that meant.

I never did find out what promises Andy had made to them to let me stay but somehow, he convinced them to let me go home with him. He took me back to his small, one-bedroom apartment and for the next few months he nursed me back to health. He focused on me completely, he was re-parenting me. He told me everything I needed to hear; I was a good person; he was proud to call me his friend and how nice it was having me around. Nothing too profound but these were the words I had never heard coming from my parents.

Andy had the gentlest spirit of anyone I had ever met. He was so giving that I was afraid that I was taking too much. There was hardly enough room for the two of us in his apartment. I was sleeping on a makeshift bed in the living room next to a giant mural of a deckchair under two palm trees which Andy had painted on the wall. It was a beautiful scene from a beach with the brightest blue sky. “My partner slept in that same bed when he got sick,” Andy explained. “I painted that mural to remind him of happier times.” 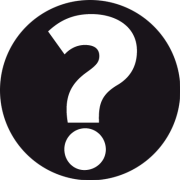 I wonder if anyone can work out just who I am? You would need a good memory or know where to look for clues. My signature says my name is James but is that a red herring? Someone out there will know, I am sure. Just don't be bombarding Davidd for clues... maybe he doesn't know. After all, not all owls are wise.