Here at Jammy Toast, we have always had a fascination with the old railway lines and stations that abound around the Wirral. For example, did you know that the West Kirby line didn’t use to end at West Kirby but instead continued round and joined up with Hooton Station? There was also a line that continued from Rock Ferry that went down to Monks Ferry and on to a station down at Woodside. We have recently been researching (a big thanks to the Disused Stations website for much of the information!) just where all these lines and stations were situated, when they opened and closed and the state of any remaining sites today. The whole subject is a fascinating insight into a past age of steam which has interested people for many years…

We are now on the homeward stretch looking at the old stations around the Wirral. We have covered all the tracks that have closed and now all that remains are the odd stations which have closed over the years on lines that still exist. The Wirral Line for example didn’t used to bend round and head to Hamilton Square and on to Liverpool, as it does today, it used to end at Grange Lane. Then there was the Tranmere and Rock Lane stations on this line. Finally, there is a station on the New Brighton line which has closed which used to be called Warren.

Warren station was situated on the New Brighton Branch railway of the Seacombe Hoylake & Deeside Railway (SH&DR) which opened from Bidston to Wallasey on 2nd January 1888 and through to New Brighton on 30th March 1888. The line had been authorised in 1886 and work had begun almost immediately. The New Brighton branch connected with the SH&DR Birkenhead and West Kirby line which had been extended to Birkenhead Park on 2nd January 1888. At Birkenhead Park the SH&DR made an end on connection with the Mersey Railway which had an underground route that passed under the River Mersey connecting Liverpool and Birkenhead.

Warren station was located on the section of line between Wallasey (Later to become Wallasey Grove Road) and New Brighton on the east side of Sea Road over which the line passed on a bridge. The station was in an isolated coastal location surrounded by sand dunes. It appears that Warren was not complete when the section of line to New Brighton opened. It was inspected by Major-General Hutchinson on 16th August 1888. He asked that certain alterations be made including the provision of an exit from the down platform, the installation of catch points on the down line and the repositioning of signals. He did however give permission for the station to open ahead of the alterations. The SH&DR completed the works by 27th September 1888 and reported the fact in a letter to Major-General Hutchinson.

The New Brighton branch was built as a double track railway and Warren had two platforms. The main facilities were on the up platform (Birkenhead direction) in a single storey building. A simple waiting shelter was provided on the down platform (New Brighton direction). A barrow crossing linked the platforms.

Access to the station was via a path that linked it to Sea Road and to Warren Drive.

At the time of opening Warren was served by trains running between New Brighton and Birkenhead Park with some through coaches to Liverpool. Being in an isolated position, passenger numbers at Warren were low and despite the development of a golf course to the south of the station the service was reduced and most trains passed through without stopping.

The SH&DR became the Wirral Railway (WR) on 1st July 1891. From 1st June 1895 a service between New Brighton and Seacombe was introduced using a new branch that had opened from Seacombe Junction to Seacombe Ferry.

The December 1895 timetable showed Warren as having only two trains per day. In the up direction there was a 10.56am service to Birkenhead Park and in the down a 10.44am to New Brighton. This reflected how little used Warren was. For the rest of its existence the station mostly had one train each way per day but occasionally there was a full service. The WR closed Warren on 1st October 1915. The down platform was demolished shortly after closure.

Although Warren station was not a success, the New Brighton branch was very busy from the day it opened as it served a popular seaside town which by the early 20th century was attracting hundreds of thousands of visitors every year. In January 1923, the line became part of the London Midland & Scottish Railway (LMS) who in 1938 electrified it allowing through services to run to Liverpool via the Mersey Railway. The up platform and building were demolished early in the electrification era leaving no trace of the station.

On 1st January 1948, the branch became part of British Railways London Midland Region and in the early 1970s it was branded as the Merseyrail Wirral Line. In October 2006, engineering on the line exposed the foundations of Warren’s up platform for a brief period. 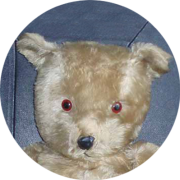